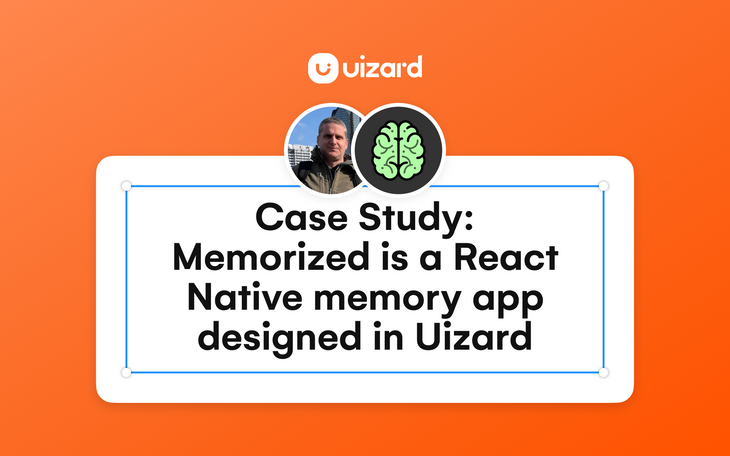 Who is Uros Dolzan?

This week we’re happy to feature Uros Dolzan, a Uizard community member from Slovenia. Uros has experience in customer support, marketing, and administrative management, as well as coding in Swift, Python, and Reactive Native. His coding knowledge is notably self-taught. Throughout his career, Uros has provided support to project functions, digital communication processes, and administrative operations primarily in the ERP (Enterprise Resource Planning) industry. Currently, he’s working on digitalization and development at MONSUN d.o.o.

I was in the ERP industry for more than 10 years; then, I decided I needed another challenge. Recently, I was given the opportunity to lead digitalization at MONSUN d.o.o. Regarding coding and software engineering, that’s basically a hobby for me. I’m a difficult audience to please. When I see something I don't like, and I have an idea on how to make it better, I will break the wall if needed to make it happen. I will teach myself to get it done no matter what it is — and that’s how I got into coding.

This case study is about Memorized, Uros’ side project, a fun game on the Apple App Store and Google Play Store, designed to improve focus, memory skills, and more.

I was actually working on Apple devices practically all my life. I started building some stuff for the App Store, but then, I was talking to friends and family to download my apps. They couldn’t because some of them had Android phones. There wasn’t much I could do about it, but I was actually inspired to try something new and learn new technology. So I decided I’ll create an Android app.

I was thinking about what to do. My grandma has dementia. She’s 91. I really thought about that and what I could do about it. I thought about my parents and many other people that could possibly go down this road. I wanted to push my parents to be more active and try something new; also, they both had Android phones. That’s when I decided to build Memorized and go with React Native.

Uros was trying to visualize his idea before coding. He initially tried another tool but realized that it could be simpler for his use case.

I first tried the Sketch app. I was experimenting on it, but I found it too hard. It took a long time to learn, so I just Googled something easier than Sketch.

And that’s how Uros ended up in Uizard.

Uros really enjoyed Uizard because it was simple. It was perfect for him because he says he didn’t have the interest to learn a design tool on top of learning React Native.

The part of Uizard that I enjoy the most? No learning curve, and that’s the most important thing. I opened it, and I just knew how to use it. When I don’t need it, I exit the app, and when I’m ready, I just open the app again and continue where I left off. No need to learn anything. This superb simplicity is all that matters to me.

Uros experimented with Uizard and built a UI that’s simple but is exactly what he needed. He finished the design and was ready to start coding in around 3 hours total, across 3 days of work.

When we asked Uros what impact Uizard made for him, he answers:

Uizard leaves me more time for other things. Being a software developer is just a hobby for me, so it shouldn’t be taxing. Navigating a difficult design tool is taxing. Uizard had enabled me to do a hobby and still have a lot of time to spend with my family, and that’s all that matters.

Currently, in his role of leading digitalization at MONSUN d.o.o., Uros plans to use Uizard to design a web app to kickstart his contributions.

To the readers of this article, Uros has some advice for you:

Everybody can learn anything. That’s what I strongly believe. It’s just a matter of effort. And if you can find tech that can help you with the hard work (like Uizard), seize that opportunity. It’s good to be a bit lazy on the manual stuff and save your time and energy for the stuff that matter.

Are you an aspiring designer or developer? Prototype your ideas with the easiest design tool suitable for beginners. Try Uizard for free now.