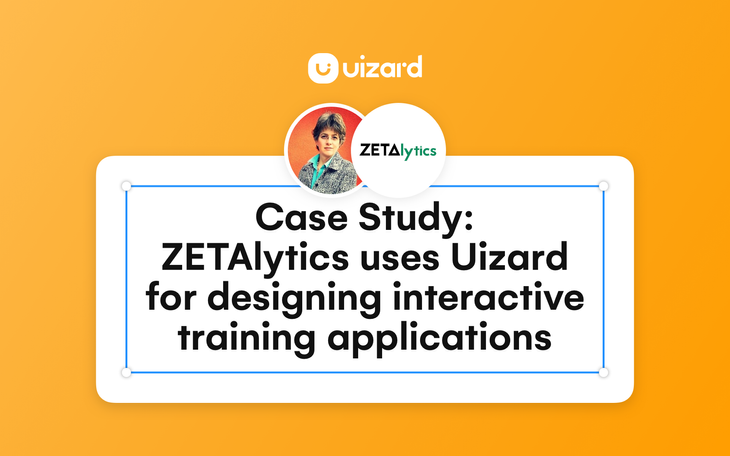 Who is April Lorenzen?

April Lorenzen is a respected data scientist with decades of technical leadership in communities such as M3AAWG and APWG.

Currently, April's focus is on ZETAlytics, her own company, where she also works as the Chief Data Scientist.

Apart from being the brains behind ZETAlytics' data science, April is also very hands-on when it comes to app and website design and development in her company.

I have responsibilities at my company that span beyond what I do as a data scientist. I've been wanting to redo our website to fit the customer journey. I'm also the one personally working with our developer about a new app that I want because we are considering a mobile version of our product.

When she started to take a bigger role in app and website development, she was introduced to the concept of wireframing, and with it, wireframing tools.

I'm always just kind of scouting around for ways to make my workflow easier. Wireframing has been recommended to me by a friend who does professional web development. I've been looking for a long time for a tool that I could use to design apps and websites, and at the same time, a tool that I can use to teach people concepts. That's because traditionally, I would use Keynote, and my developer and other colleagues would never be able to understand what I want.

April came across Uizard on Twitter. She gave the tool a try, and interestingly enough, her first use case was for an interactive presentation for an online cybersecurity course.

Once I got in Uizard, I was looking at the capabilities that the platform has, and I said, let me try this. Let me see if I could use it for my cybersecurity training as a teaching tool. I know it's not what Uizard is traditionally used for, but this is a whole new use case where the tool can totally succeed. In my case, I used Uizard for the educational part of a hands-on training. I actually just created an interactive training through an app prototype in Uizard and then shared the link with workshop participants for them to go through the training there.

April shifted to Uizard directly from working in Keynote.

I would traditionally do my training in Keynote, but Uizard enabled me to do it as an app instead. I would have never been able to do an interactive training session without Uizard. My participants were able to learn, but they were also able to individually choose and move through the lesson on their own, and this is largely because you can do great logic flows in Uizard's 'Interact' mode in ways even better than other quiz platforms. Everything I pretty much needed to make this happen was available in Uizard.

To be honest, Uizard has done a solid for me. At its peak, about 100 people played my project simultaneously.

April is thankful to Uizard for enabling her to carry out her training in a way more effective than she's ever done before.

That day of the training, I was saying to myself, 'this is probably the most important training of my life so far.' You can say that it sounds tacky or corny, but it was Uizard that enabled me to make that training a success. Uizard enabled me to create an effective and interactive presentation for my training, and it's only because of it that all the participants really gained the insights I wanted to share with them.

She's also shared with us some feedback from her participants in the cybersecurity training, such as:

My first reaction was 'Holy sh!t, this is good and I understand everything being displayed and educated.' A lot of times I feel like I receive technical presentations, and they are too complex or too "talk at me," which makes it difficult for my learning style to immediately grasp the overall concept. This presentation made in Uizard did an excellent job of "teaching" the service through visual, reading, and kinesthetic learning styles.  I believe that if more presentations and learning were presented in this style, more individuals in the technology space will understand the product and capabilities much quicker and with more depth.

Check out ZETAlytics' next project, a hands-on training for ZoneCruncher, here:

April also has some app and web design projects for her team down the line, and she's already planning on designing them in Uizard.

I'm definitely going to use Uizard to facilitate working with my developers in our website redesign. I'm very optimistic about this project because I've had a lot of success with Uizard. I'm sure it's going to save my company a lot of money.

As a parting statement, we asked April if she had any advice for anyone considering to use Uizard in their workflow.

Uizard is a platform that looks good and works well. It's the best tool that I've found. I wish I could find other words than just 'it's amazingly easy to use,' but it's true! It's extremely user-friendly.

In addition, she shares this pro tip:

Although I love positive feedback, what has been extremely useful is negative feedback. I would get on the phone with someone and just be quiet while they go through the Uizard shared screens. Different types of people will have confusion or distraction at certain points in the screens. My first reaction would be to defend my design and argue, but by silently note-taking, thanking them for their feedback, and reflecting on how I could address the problems, I came out with a vastly improved design that people liked much better.

The value of encouraging people to tell you where they feel confused, or want to quit cannot be overstated. This is where people exit your site or quit using your app without taking the action you want them to get to. This type of feedback is not where you ask for opinions like "what colors do you think we should use" or "how would you design it differently" — it's about measuring the visceral reactions of a site user.

If you're in need of a non-designer tool for apps, websites, AND interactive presentations, it's time to create a Uizard account for free.