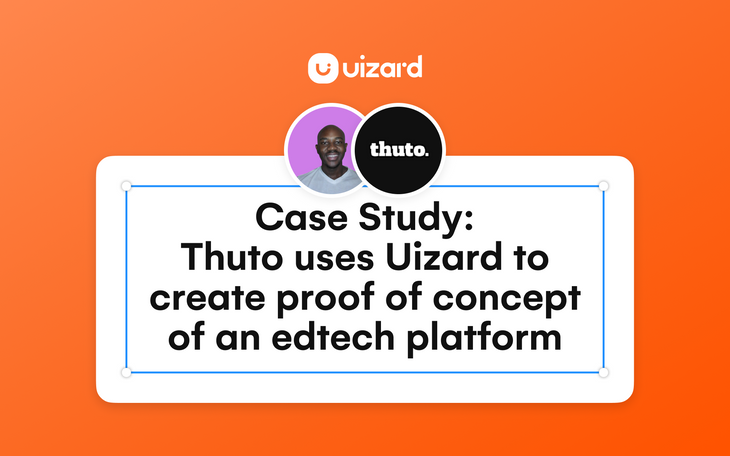 Who is Nkosinathi Temba?

We’re excited to share with you the story of Nkosinathi “Nathi” Temba, one of our community members who has a burning passion for entrepreneurship, technology, finance, and mathematics.

Based in Johannesburg, South Africa, Nathi is Co-founder & CEO at Thuto, which is actually the Sesotho word for “education.”

Thuto is a reward-based digital assessment platform for high schools, which combines edtech and fintech to build a generation of financially-savvy students, happier teachers, and involved parents.

Being CEO at Thuto definitely calls for a lot of tasks on Nathi’s plate, including developing and implementing operations, communicating and establishing brand credibility, and providing strategic input and leadership on decision-making issues affecting the company.

Nathi shared a brief but charming history on how the business idea for Thuto came about:

The inspiration came during the COVID-19 pandemic. Schools closed, so I had to find a way to homeschool my little brother. One of our struggles was that he had no way to gauge his understanding. Another struggle was that it was difficult for him to engage with the traditional school curriculum because of the way traditional incentivizing goes. And so I thought, why not digitize the assessment and reward all kids for their wins?

When we asked Nathi what he liked the most about his role, his answer was oozing with genuine passion:

The whole essence of the Thuto platform will reduce a lot of administrative burden for the teachers, but my favorite part is that we’re also rewarding students without discrimination. Most of the time, in schools, only the top-performing students are recognized and rewarded; those who have made significant improvements on an individual level are not being celebrated and rewarded. I love that Thuto is leveling the playing field by rewarding students for being their own competition, without having to compare themselves to other kids.

Like the journey for startup founders go, in the days of Thuto’s conception, Nathi found himself looking for the perfect way to express his startup idea.

I was looking for a platform that will allow me to build a prototype or a proof of concept of some sort, which I can use to show interested parties. I went through numerous search results on Google and ended up on several wireframing and prototyping tools. One of them was Figma, which was too technical for me.

Google has led Nathi to Uizard, which turned out to be exactly what he needed.

After reading Uizard’s front page and value proposition, I was hooked. When I tried the platform, to be honest, it took me hours ⁠— no, not even hours, but minutes ⁠— to see my idea come to life. What an amazing product.

Among Uizard’s different features, wireframe transformation seems to have impressed Nathi the most:

The best feature for me is the one that allows you to draw your wireframes on a page, and the AI converts it into a visual prototype. That was very, very time-saving for me. That’s my favorite feature to use, and that’s what kept me on the platform.

If you’re wondering about the timeline, here’s what Nathi has to share:

Remember, I don't have any form of a technical background. With Uizard, I was still able to build a fully interactive prototype. And I did it in only two days.

What did this solution really mean for Nathi and for Thuto? Nathi says that:

In the tech world, you can't afford to be slow. Because of Uizard, within five days of getting my idea – with only two days of working in the Uizard platform – I already had a proof of concept. This was what I presented to my now co-founder, hooking him immediately. The biggest value I got from Uizard was that it helped me prove my concept as quickly as possible.

Moving forward, Nathi aims to continuously use Uizard to collaborate on the app prototyping & implementation with his co-founder and developer. As of the publication of this case study, Thuto is still in the works, but you can follow their journey and learn more at thuto.io.

If you need a tool to create a proof of concept as quickly as possible, look no further. Sign up for Uizard here.